Salomon Stance 90 Ski Only A

A hugely anticipated release, that has created a lot of buzz around the globe, brand new for the 2021 winter is a range of skis, seemingly hand-crafted for crud-busting New Zealand conditions.

The lightest, quickest, and thinnest ski in the all-new Stance line from Salomon, the Stance 90 is the most front-side oriented ski of the group. Aimed squarely at advanced and expert skiers who are looking to rail turns on the groomers but also have some versatility for off-piste adventures, the Stance 90 brings a new level of stability and strength to the Salomon line.

Thanks to two sheets of titanal, the Stance 90's stay cool and composted when being driven hard. If you thrive on high angle turns, don't like to be constrained to the piste, and need a ripping ski for Treble Cone early season, and Ruapehu end of season, you're going to love the narrowest offering from the new Stance line.

Salomon Stance 90 Ski Only A Reviews

Write Review
There are not yet any reviews on this product.
What's Popular 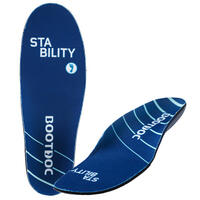 Send us an email for this product